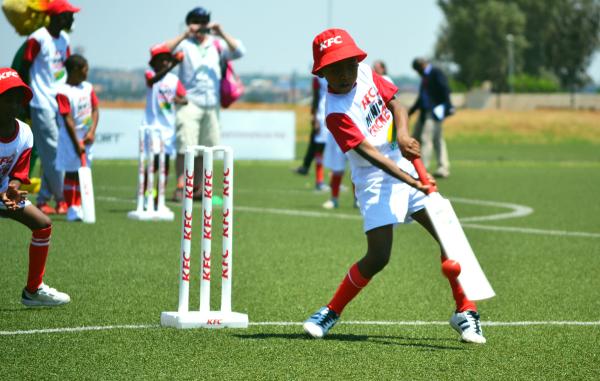 Nelson Mandela once said that sport had the power to change the world, to inspire, and to unite people in a way little else did. These words of the late statesman echoed through the 2014 Beyond Sport Summit and Awards held in Johannesburg between 28 and 30 October.

Beyond Sport, a global non-profit organisation that promotes the use of sport to create positive social change, used the event to explore ways in which sport could be used to tackle a range of issues affecting society, such as HIV/Aids, poverty and even bullying. It was the second time the event was held in South Africa; the first was in Cape Town in 2011. According to Nick Keller, Beyond Sport’s founder, the event returned to our shores because the country had the potential to become the world leader in using sport for social change.

“The South African sports industry is very vibrant and passionate,” said Keller. “With that vibrancy and the support of the business world, against the context of social issues here, you have a fantastic opportunity to become a world leader of sport for social change. So for us to come down here really takes us to the heart of where we believe sport for social change can have the greatest impact.”

Among the speakers at the event was former Bafana Bafana and Leeds United legend, Lucas Radebe. Speaking to Media Club South Africa at the Nike Football Training Centre in Soweto, Radebe said that as a Beyond Sport ambassador, he aimed to pass on to the youth the values he had grown up with and even had learned during his playing career. The footballer espouses discipline, a good work ethic and, most of all, honesty: “In my career, I played for four teams, and one of the values I learned was honesty. I was honest to each and every team. I never went from one club to another.”

He said the recent killing of Bafana Bafana captain Senzo Meyiwa could be related to a lack of values and role models. Sportsmen and women today had a big responsibility in that they needed to carry the values they learned into every aspect of their lives. “We need to see more of the current players being the role models, exercising the values on and off the field of play. Every weekend the kids are watching and they want to play like [Bafana Bafana footballer] Rivaldo Coetzee.”

The Meyiwa tragedy did not bode well for the image of South Africa, Radebe added. “We are trying to make our country safe for tourists and foreign businesspeople who want to come and improve our country, invest in our country. [The killing] doesn’t paint a great picture outside of South Africa. This is something we have to learn from and engage ourselves to make sure it doesn’t happen to the future leaders of this country.”

Remembering where he came from – Diepkloof in Soweto – had forged his path through life, Radebe said. Being a footballer during South Africa’s transition from apartheid to democracy had sharpened his career. “It moulded me into who I am in terms of values and withstanding challenges and being hungry for success.”

Having achieved so much at international and club levels, he was now focused on creating opportunities for young professional footballers. “I want to bring guidance as well as knowledge of what football can do to change one’s life and [affect] you as an individual and society.”

Origins of Beyond Sport

Keller was not much of an academic during his adolescence. He describes himself as a poor student, who “didn’t understand what people were talking about in class”. But he did understand what happened on the playing field. “I found solace on the rugby pitch, the tennis court, the swimming pool, the hockey field, any place that took me out of that place of discomfort, which was the classroom, where I felt a lesser self than I did on the sports field,” he said.

The lessons he learned as a sportsman led to his founding of Beyond Sport in 2009; Keller decided to use sport as a tool for social change when he noticed that no one else was doing so. He called on Barclays Bank for support and it agreed immediately. “We knew that sport could be a very good protagonist for the corporate world to engage.”

He said the biggest issue facing humanity at the moment was the growing young population. As a result, the youth was the most excluded group of people, the most unemployed and the ones suffering from poor education.

Beyond Sport’s purpose was to find a way to engage with these young people. “The same conversation has to happen in London, Johannesburg, Nairobi, and in the smaller villages and towns,” said Keller. “This movement towards urban environments is putting young people in peril and making them more excluded. The challenge is much the same worldwide. Because as we all move to urban environments, we all face urban problems.”

The Nike Football Training Centre in Soweto hosted the second day of the Beyond Sport Summit, which featured a number of workshops on issues ranging from HIV/Aids to youth development in cricket. (Image: Shamin Chibba)

Calling on business to help

Beyond Sport, Keller said, was sending the message to corporates that they needed to be a part of society and that they could help to create positive change while meeting their business objectives. “We are of the view that the Barclays and Absas of this world can help to drive their business and create more sustainable change. And what we see is that not all profit is equal. Profit that drives social change is of more interest to us than anything else.”

Philanthropy had changed in that it was no longer just about corporate social responsibility, when companies felt obliged to help society and felt good about themselves for doing so. Nowadays, he said, businesses wanted to understand the impact they were having on the people they were helping.

In South Africa, philanthropy sat between corporate social responsibility, Keller said, and what he called shared value, which allowed companies to make a tangible impact on society. “With corporate social responsibility we have always seen profit as an apple, and a bite out of that apple. But what we are interested in is a company engaging in social change that can grow the size of the apple itself.”

This idea of shared value was driving Barclays in the United Kingdom to try to get five million young men and women employed and their life skills improved. “It shows a great understanding that if Barclays can support that many people [it] will also have more customers, more prosperous customers and [its] desire to help people achieve their ambitions in the right way is going to help [the bank to] drive business as well.”

The summit and awards have been taken to London, Chicago and Cape Town. Speakers at past events have included David Beckham, Muhammad Ali, Francois Pienaar and Tony Blair.